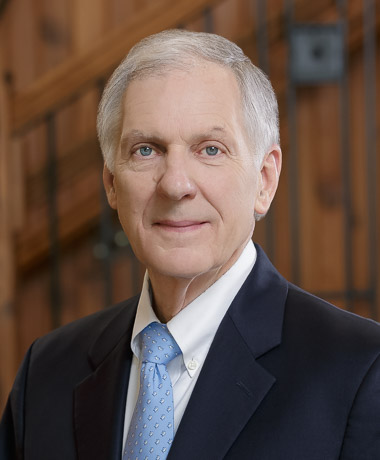 Gene L. Dinkins is President and Chief Executive Officer of Cox and Dinkins. He is responsible for the overall performance and strategic growth of the company. Under his direction, the firm has grown into one of the largest engineering and surveying firms in South Carolina and has earned a reputation for excellence in service, commitment to integrity, and leadership in the profession and the community at large. In addition, he has been instrumental in the firm becoming recognized as a leader in sustainable and environmentally responsible civil engineering designs.

Gene Dinkins’ distinguished career in engineering, surveying, and leadership spans more than four decades. He generously donates his time and expertise to the advancement of the profession, respected nationally for his ethical standards of practice and leadership on state and nation boards. Originally appointed by the Governor of South Carolina in 2004, Gene is the Chairman of the South Carolina Board of Registration for Professional Engineers and Land Surveyors.  Mr. Dinkins was elected by his peers to serve in numerous positions in the National Council of Examiners for Engineering and Surveying (NCEES): Southern Zone Vice President, Treasurer, and National President. In addition, he served on the Board of Directors of the American Association of Engineering Societies. In these endeavors as well as in his service to clients and mentoring of young professionals, Gene Dinkins dedicates his efforts to the mission of the state and national governing engineering boards – to safeguard the health, safety, and welfare of the public.

Throughout his career, Gene Dinkins has been a steadfast leader in the community, serving on numerous boards and commissions in the civic, educational, and faith communities. He served as Chairman of the Richland County Planning Commission, Chairman of the City of Columbia Planning Commission, was a member of: the Midlands Technical College Advisory Board; the First Citizens Bank Advisory Board; and the Heathwood Hall School Board of Trustees.

Let's Get to Work